Did Karma Save My Life? 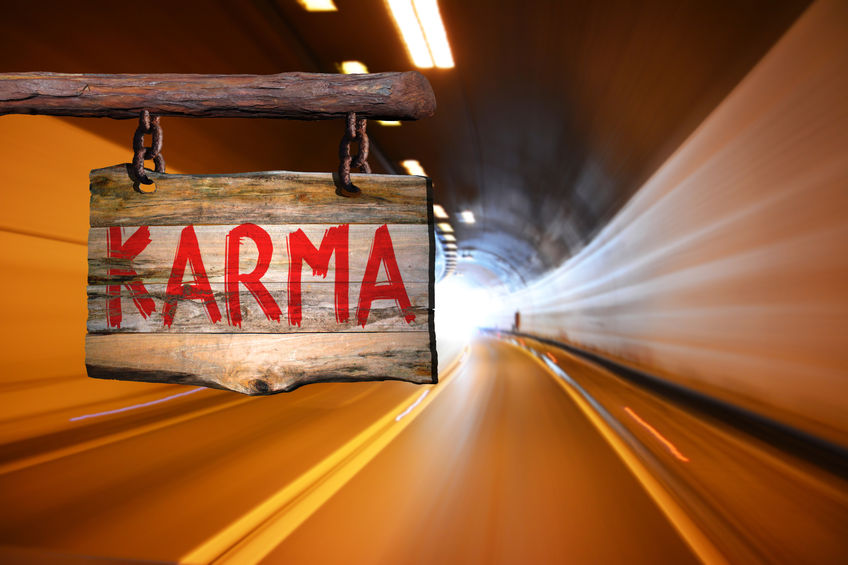 I have a little Volkswagen Beetle convertible that I happen to call Ladybug. Ladybug has about 80,000 kilometres on it. I bought her used last year and have not really driven her all that much. After all, I do live in Edmonton and the weather isn’t exactly conducive to year-round convertibles.

I was driving Ladybug home (about 45 minutes outside of the city) on a Friday afternoon. It was the start of a long weekend which meant an extraordinary volumes of traffic. Shortly before leaving the city limits, Ladybug’s oil can idiot indicator light started to flash red. Knowing this is probably not a good sign, I pulled over at the first safe opportunity. I Googled what exactly the indicator light meant. The indicator light was advising me that my car may not have oil pressure. I am not too terribly knowledgeable when it comes to mechanics, but I do know enough to know that an engine with no oil will seize.

Because of the potential severity of the mechanical problem, I decided to call a tow truck to take both me and Ladybug home. I phoned Cliff’s Towing and within 30 minutes of my call, the tow truck arrived. The driver, Jason, took the time to explain everything I ever wanted to know about towing a Volkswagen Beetle. I learned that Beetles are so low to the ground that they have some towing challenges. During the tow I was very impressed with the care and attention of Jason to ensure my car was not damaged in transit. On the way home another tow truck driver signalled to us that something was wrong with the car. Jason pulled over and inspected everything. Having found nothing wrong, we proceeded.

When we arrived at my home Jason unhooked my car. Much to the surprise of both of us, Ladybug began to roll away once unhooked from the tow truck. Ladybug was in park. Rolling away in park should never happen. I started my car and tried all the gears only to find that Ladybug did not have any functioning gears. It was quite puzzling that my car had a perfectly fine transmission before towing, and apparently no transmission after towing.

A week later I decided to have Ladybug towed in to a close by mechanic that came highly recommended for Volkswagens. I was expecting the worst diagnosis from the mechanic – expecting that it would need a new motor and transmission. Because of the exceptional care in the first tow, I requested that Jason from Cliff’s Towing pick up my vehicle and deliver it to the mechanic.

A couple of days later I received the news about my car. Incredibly, it was not all that bad. First, the flashing red oil can indicator light was flashing because the car needed a new hose. Second, the problem with the transmission was that a part fell off of my axel and caused Ladybug to have no connection to the transmission. At this point my mind then flashed back to the moment when another tow driver tried to signal to us there was something wrong. He had most likely seen the part fall off of my car.

What is incredible about this story is that had the oil can indicator light not started to flash red, resulting in me towing my car home, the part that fell off my axel would have probably fallen off when I was driving on an incredibly busy highway at a speed of 120 kph. If the sudden stop of the car when the axel fell off wouldn’t have been bad enough of an accident, surely one of the other vehicles on the highway would have likely hit me causing a major accident. Potentially, at those speeds, even a fatal accident.

It is almost miraculous that the oil can indicator began to flash red when it did. I am not sure if it was good karma, my guardian angel, a heavenly intervention, or just incredibly good luck – but I am extremely grateful for the unbelievable timing of the indicator light that may have saved my life.